Welcome back and thanks for checking out this edition of Dan’s Toybox, brought to you by GeekosityMag.com! Today we are going to bust open the toybox and take a look at the DC Essentials Knightfall Batman. I waited a while to pull the trigger on this figure because I was unsure of whether or not I really wanted it. He’s here now, and freed from his packaging, so let’s take a peek at him, shall we?

I have been a huge Batman fan for many, many years and was enthralled by the Knightfall storyline in the early 90’s. I never would have thought that Batman would meet his match, until Bane. I am also very fortunate to have met one of Bane’s co-creators, Graham Nolan and developed a friendship with him. This figure is based on the character as he appeared in this storyline.

Right off the, erm, bat… we learn that Batman comes with NO accessories. No additional hands, no batarangs, no anything. That in itself was very disappointing, especially given how nice the figure looks. Extra hands would have, at the least, been something. This is the only DC Essentials figure that I have at this point and I’m not entirely certain that I’ll be adding any more to my collection, to be honest. Accessories really make the figure, in my opinion, and to not include any is a bit of a downer. But, you may disagree and that is what makes this column so much fun!

On to the look! The figure looks fantastic! I will say that the DC Essentials figures that I have seen all look absolutely incredible… and this is no exception. The blues on his mask, cape, boots, and gloves are a rich tone, reminiscent of Batman in the late 80’s, early 90’s. His utility belt is a bright yellow and matches it’s comic book counterpart in look and style, as is the bat emblem on his chest. I was very happy with how clean mine came out. The black bat and outline around the yellow oval are tight and there is no yellow bleed through. My only real gripe with the paint scheme is on his blue trunks. Rather than sculpting the lines into the upper thigh to give the look of separate trunks, the tops of the thighs are painted blue and the edges are very blotchy and uneven. That, to me, is lazy work and just looks terrible. Very disappointing considering how well done the balance of the figure is. The blue around the mouth of his cowl also could use some tightening up as there is some unevenness to the mask outline. The fleshtone is decent and the whites of the eye slits look good, even with a little splotchiness to them.

Overall though, I am pleased with the paint scheme and color choices. This era of Batman has always been my favorite and to have a figure designed to represent it with this level of accuracy pleases me. The sculpting on the figure is exceptional, giving him a solid musculature which really looks, to me, anatomically, strong. They’ve even given him very nice tread on the boots, but no peg holes.

Batman’s articulation is a mixed bag for me. I may be spoiled from the range of articulation that Hasbro’s Marvel Legends line offers and expected more from this figure than I got. His head looks up to a small degree, but not downward at all. It will turn side to side, but has no head tilt to speak of. His cape is molded and drapes over his shoulders which limits not only his upward movement but the rotation aspect as well. I can raise Batman’s arms out to his sides at about 90 degrees... IF I rotate the shoulder joint and bicep accordingly as seen in the picture of him knocking on the door.

He has a good bicep swivel and double jointed elbows that will bend in better than 90 degrees. He has wrist swivel and hinge which allows for decent movement of the fists. He has a decent, but not overwhelming forward ab crunch and can also bend backward fairly well, if limited due to the relative inflexibility of the molded cape. He features a waist swivel that is pretty tight due to the presence of his utility belt. I was able to get mine to swivel to the side, but it kept slowly working it’s way back to the front, due to the belt being so prohibitive.

His legs will kick out to the sides quite far… giving him the ability to do amazing splits. He can kick both forward quite a lot and backward to a small degree. He has an upper thigh cut, allowing for leg swivel, double jointed knees which nearly give him heel to butt ability, a rotation at the boot, which looks kind of odd, but works nicely, and finally a ball joint at the ankle which gives upward, downward, and swivel movement to his foot.

Personally, I would like to see a DC Essentials Bane figure to go with this one. They made a Catwoman, which is not on my list to purchase, nor do I expect that I’ll buy an Azrael/Bats if one of those is made. However, if for nothing more than the accuracy of this figure, I wouldn’t mind at all seeing Bane come to life. Is this a toy that you should add to your toybox? At the price point of about $25, it’s affordable, but not a necessity. Unless you are a hardcore Batman fan and love all things Dark Knight, this really isn’t a must have for your collection and there are certainly other, better Batman figures that will fit in a display nicely.

Thanks for checking out my review and make sure to come visit me on YouTube at Dan’s Toybox. Check back next time when we will crack open the toybox and take a close look at the Marvel Legends Spider-Man Retro Wave: Daredevil. Until then… GEEK OUT!!! 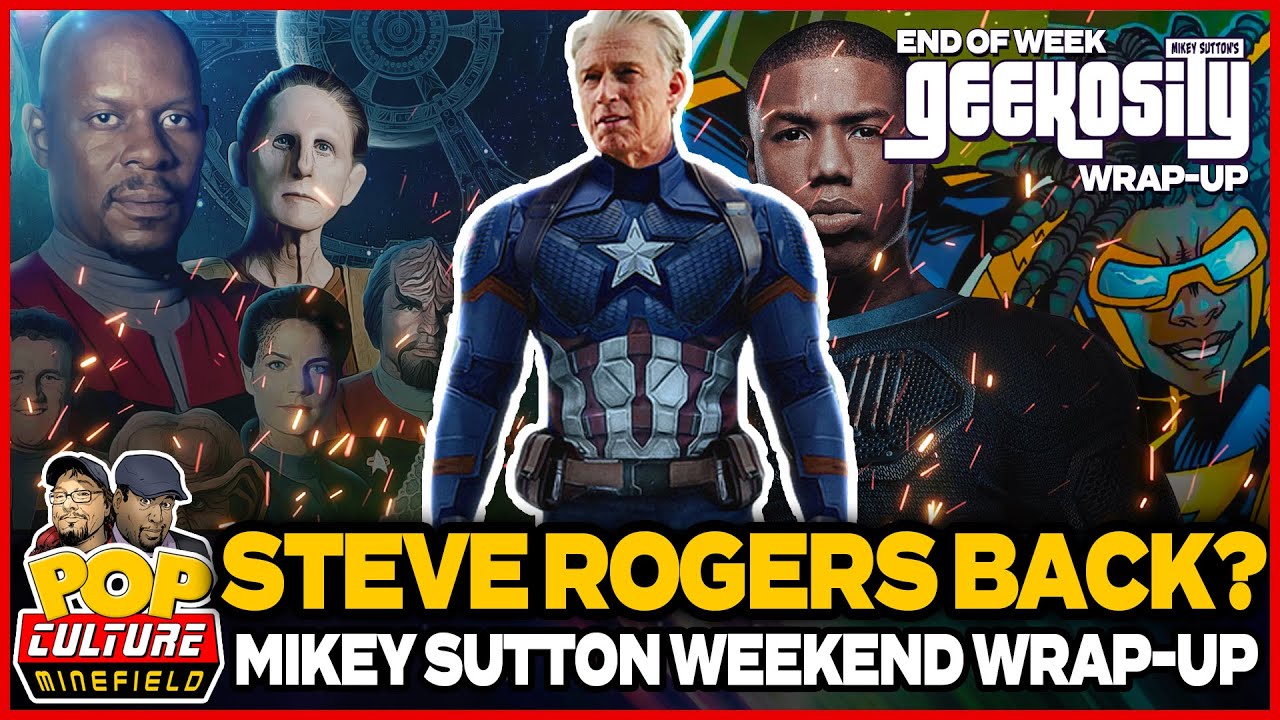